How to Use Add/Edit Custom Script

Add/Edit Custom Script is a great resource if you have a specific script that needs to be added to one or more pages. Instead of adding the script to each of the pages, it is only necessary to add the cf tag in place of the script.

It is also easy to disable the script in one place, and the script will no longer show on all of the pages where the script has been placed.

Click on each section to expand it for more information

Choose 'Add New Custom Script' from the drop down menu and click the button. 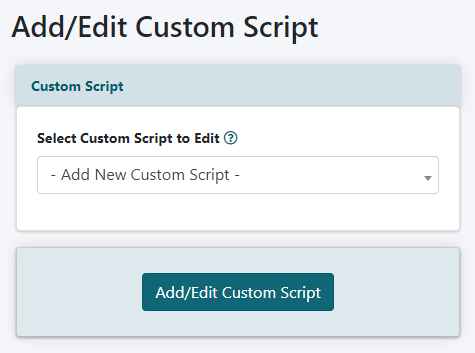 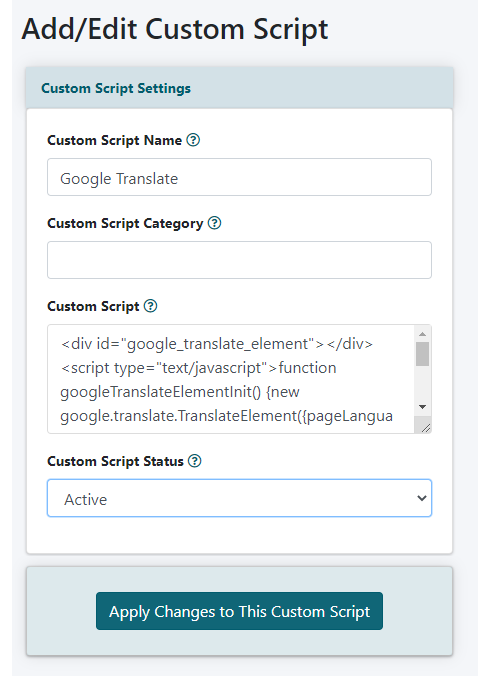 Enter a name for the custom script. This name will not be shown anywhere on the live site. It is an identifier so you can find it in the drop down menu and edit it in the future.

Add the Script to the 'Custom Script' field. This code doesn't necessarily only have to be a script, it can also be html code, css code, plain text, etc.

Add the Custom Script to a Page

After the custom script has been saved, a preview screen with the script will appear.

The CF Tag will appear in the box below the preview. Copy the cftag and paste it into the content box for a page, department or portal page. 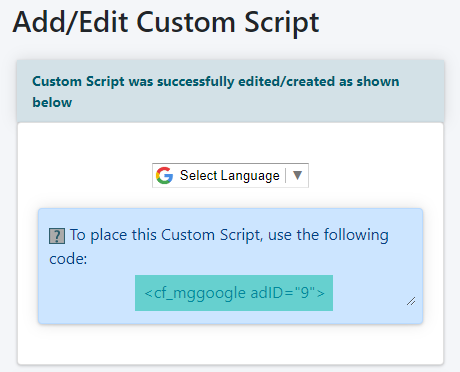